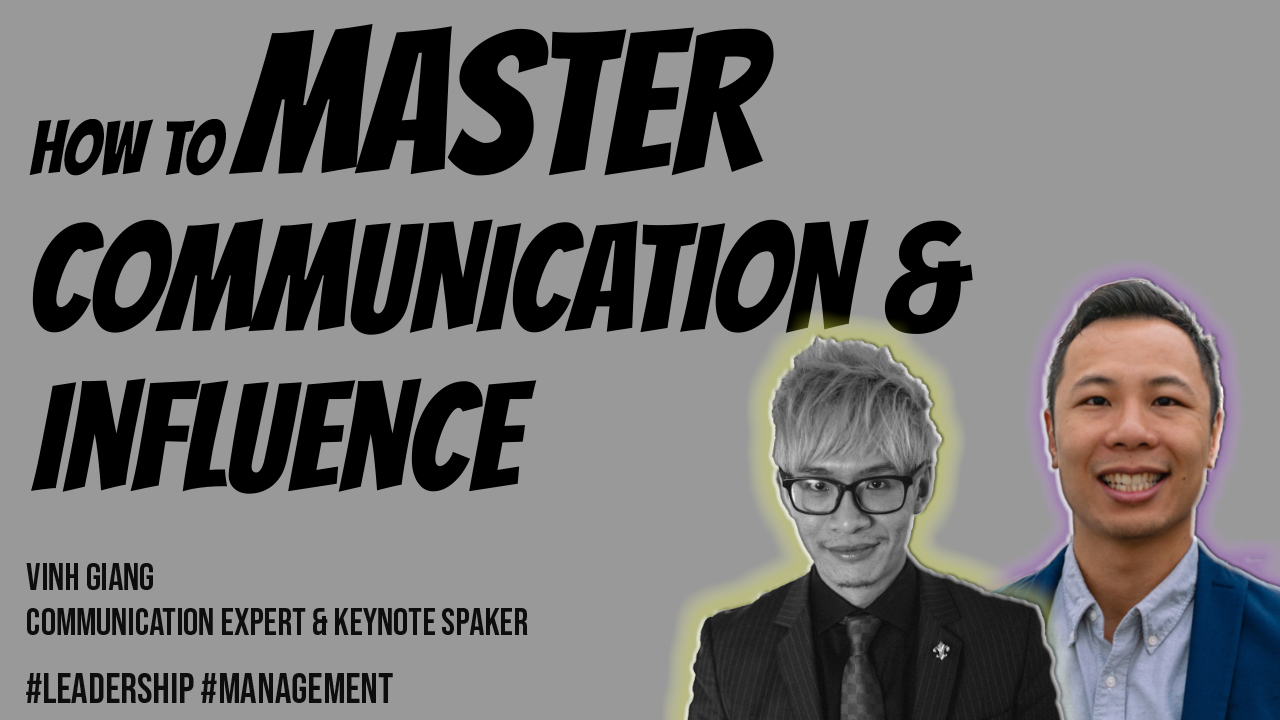 17 Oct Why Communication Is So Important for Leaders: Point of View Business Show Ep 13

Posted at 15:46h in Business by Andrew 0 Comments
0 Likes
Share

Communication, more importantly effective communication is so important when it comes to leadership and the characteristics of a good leader.

Below are several key takeaways from the interview with Vinh where we talk about communication, storytelling and the relationship it has when it comes to developing leadership for your team or organisation. Hope you like it and if you’re interested to know more about AT Digital, head over to the services page.

Listen to the full interview

You can also find the episode and more on:

Why your voice is key to effective communication

Vinh explains the importance of learning how to use your voice, using the analogy of playing an instrument and reading music to convey the emotive aspect of the song to your audience.

Transcript:
I when I teach my students I say using your voice is like playing an instrument so you’ve got to get good at playing the instrument that’s important but you also have to learn how to write good music right which really relates to storytelling and learning how to use storytelling to inspire and motivate people

Why Storytelling is important in developing effective communication

Vinh continues on to talk about the combination of creating the right narrative in order to effectively communicate your message to your audience. Using the music analogy once again, it’s one thing playing the music or reporting the facts, but it’s another thing to use the information and structure it in a way that will resonate with your team, or your executive board.

So I think there’s a difference in that a very simple example is if I played a piano song and the song was a slower song and a sad song then you’d feel sad. If I played another song and it felt uplifting and motivational then you feel inspired and, the interesting thing you experience is these songs that I’ll play for you they have no words yet, how do you know how to feel so?

So you have to learn how to use your instrument and then also learn how to write good music and those two things combined that will really help a leader succeed because storytelling is way more influential.

Effective communication differences between a leader and a manager

In the interview, Vinh was asked when it comes to communication, what’s the difference between a manager and a leader. His response looked at it from the point of view of the core function of a manager, who facilitates and delivers and a leader, who inspires and provides overarching direction.

Once the core function is established, Vinh then goes on to explain using different vocal archetypes or narratives to position yourself in the right frame in order to clearly direct your message across to your team.

A vocal archetype the ability to change the tone and pattern of your voice and the language used in order to create a connection with your audience. For instance the way you would explain a process to a group of engineers would be different to a group of executive managers.

Check out the transcript of the pinned video below for Vinh’s explanation.

When it comes to communication, I talk to my students always about a concept called vocal archetypes.

Another example is imagine you bumped into the CEO of a large company and how would you talk what archetype would you have so we’ve got different vocal archetypes and two out of the four vocal Archetypes one is called motivator.

Then there’s another archetype called coach, and then just think of a football coach you know someone who’s really coaching you pushing you to you know really succeed at the game and win and execute strategies.

Whereas when you’re a manager you’re involved in day-to-day tasks and you’re in direct access with people you’re accessing people helping them do it, so you’ve got to engage with the coach because the coach archetype is there to help instruct and guide.

A lot of the times one of the other vocal archetypes is friends like oh we’re just friends and then when you’re trying to just be a friend and then you’re trying to be a good manager sometimes you’re being an ineffective manager because people need a great coach at times in their lives they need someone to coach them to be better.
What I find with a lot of managers is that they either get stuck in their own default archetype and then they don’t ever engage in a coach archetype, because it’s scary and they don’t know how to go into coach archetype without coming across like ass.

As a result of that they never become the best manager they can be, so to me, being very aware of vocal archetypes (motivator/coach/friend) is the why you know.

Imagine what we can create imagine the possibility when we solve this problem for all of our clients it’s very aspirational whereas, a coach you’ve got to be a little stronger – “look if we don’t finish this by Friday we’re not going to better execute on the next task in the next projects, I know this is tough but let’s work together let’s make it happen” – So it’s more of a stronger energy.

You gotta think about it it’s why when people go to war, it’s so important to have a general right up front who leads all the men into war and they did war cries. Now imagine you didn’t have the right vocal archetype there you’re not going to push anyone’s morale.

Finally, Vinh was asked around giving advice and tips to a CEO or a senior manager regarding effective communication.

Vinh reiterated on strengthening and continually learning to strengthen your voice. He mentioned a book by Roger Love called How To Set Your Voice Free, which talks about this and provides some simple exercises to help which he recommends to his students.

Below is the transcript regarding this.

I would say the first thing is strengthen your voice learn how to strengthen your voice and there’s a great book from Roger Love called How To Set Your Voice Free, Roger is a singing teacher and there’s a wonderful vocal exercise in that book when you buy the book you’ll get access to an audio that he has and there’s a wonderful exercise that if you just did that once a day, five times a week, and it takes you six minutes to complete, you should see your voice at month day one and month six it’s unbelievable the strength that comes across the projection that comes across, the melody that comes across, so to me the first thing is you know a pianist would practice for thousands of hours before they play in front of an audience how many hours have you practiced with your instrument as a leader start putting five minutes in, five days a week and really fine tune this instrument and just build that that mastery around it so that book is a wonderful place to start.

What is Point of View (POV) Show?

The Point of View business Show highlights business professionals in Asia and around the world to get an understanding on what makes them effective, how they do it and advice to help you grow in Leadership, Branding, Marketing and Sales. Follow the journey and connect with me on LinkedIn.