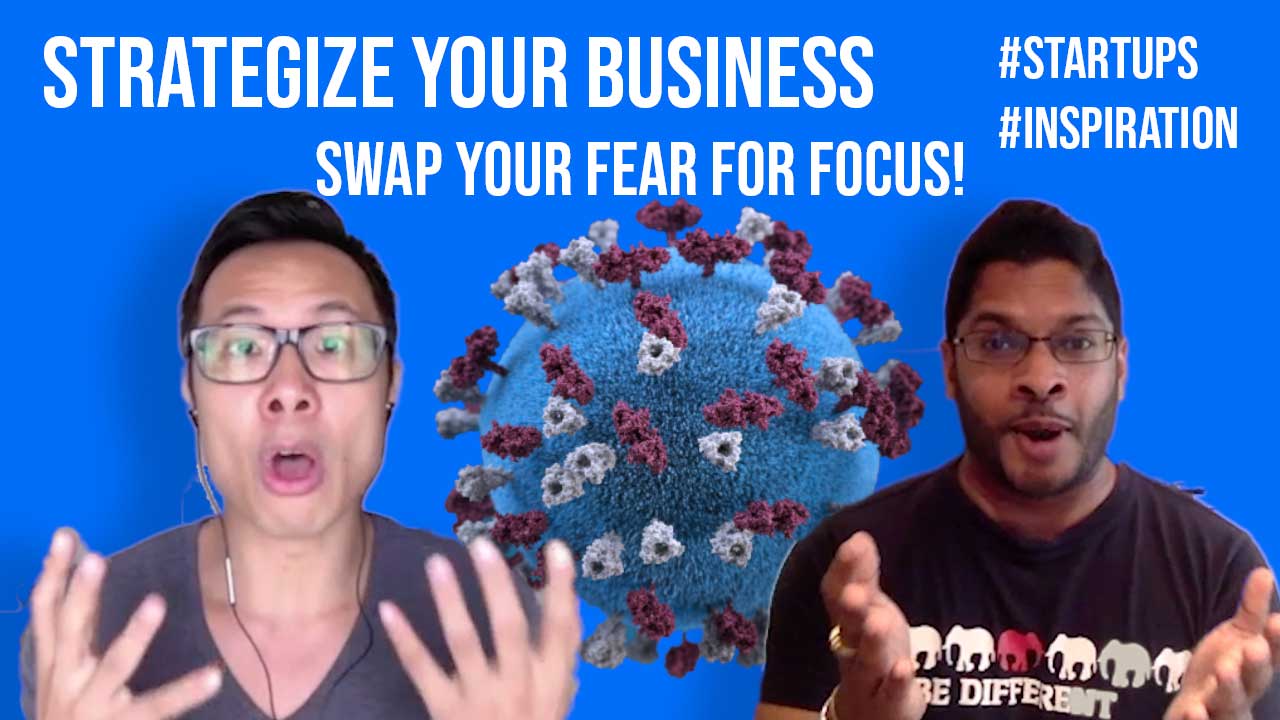 06 Apr How to strategize your business – Interview with AJ Kulatunga: Swap your fear for focus!

Posted at 18:34h in Business, Point of View by Andrew
0 Likes
Share

Hey everyone, it’s a crazy week, but seeing lots of positive energy and support from a number of organisations, business owners and individuals around the world as the effects from the shutdowns has created a lot of uncertainty and change to daily life.

For this particular episode, I had a quick chat with a mate of mine, AJ Kulatunga, a professional keynote speaker and coach. The knowledge he is dropping throughout the conversation opened up my eyes to the other sectors that have pivoted and riding the wave, essentially, making ‘lemonade out of lemons’.

Enjoyed the chat with AJ, his energy and knowledge is truly inspiring, and what resonated with me was the tips he gave out to weather this storm. We also spoke around what he’s been seeing with a spectrum of actions that businesses have displayed.

Below are his details, I would definitely follow this guy on LinkedIn and add him to your playlist if you haven’t done so already.

A couple of articles I featured on the video included:

Also mentioned were another historic manufacturer, Rolls-Royce, having been required by the U.K. government to make health equipment like ventilators during the outbreak.

And finally, Ford and Dyson in the UK have come out pledging their contribution to this crisis by manufacturing of medical equipment.

LVMH Will Use Its Perfume Factories to Produce Hand Sanitizer

A company that’s known for producing luxury bags and perfumes for brands such as Guerlain, Dior, and Givenchy have announced that it will convert a few of their perfume manufacturing facilities to make the hand sanitizer

A nice piece featuring companies such as Tesla announcing the would produce ventilators as they already build sophisticated HVAC technology for its cars.

Even alcohol brand, Pernod Ricard announced it intends to produce hand sanitizers to combat and fight the virus.

Finally, Walmart, Walgreens, CVS and Target have all agreed to let their parking lots be used as test sites for the virus.

Some great examples of large corporations doing their bit:

With Qantas set to let go two-thirds of their 30,000 workforce to cope with the restricted operations imposed by the crisis, Woolworths, one of the largest supermarket chains in Australia have offered to re-assigned affected staff.

This website uses cookies to improve your experience while you navigate through the website. Out of these cookies, the cookies that are categorized as necessary are stored on your browser as they are essential for the working of basic functionalities of the website. We also use third-party cookies that help us analyze and understand how you use this website. These cookies will be stored in your browser only with your consent. You also have the option to opt-out of these cookies. But opting out of some of these cookies may have an effect on your browsing experience.
Necessary Always Enabled
Necessary cookies are absolutely essential for the website to function properly. This category only includes cookies that ensures basic functionalities and security features of the website. These cookies do not store any personal information.
Non-necessary
Any cookies that may not be particularly necessary for the website to function and is used specifically to collect user personal data via analytics, ads, other embedded contents are termed as non-necessary cookies. It is mandatory to procure user consent prior to running these cookies on your website.
SAVE & ACCEPT